A 24-year old software engineer came to me last year with four failed hypospadias operations during his childhood. He was still passing urine from an opening in his scrotum, so he had to always pass urine in a sitting position. Because of this, apart from his home and office, he did not go anywhere else, was introverted, and was losing interest in life in general. He visited some surgeons, but was apparently told that it would be very difficult to do any further surgery for his hypospadias, and that he should learn to live with the problem. He was frustrated and had lost all hope. 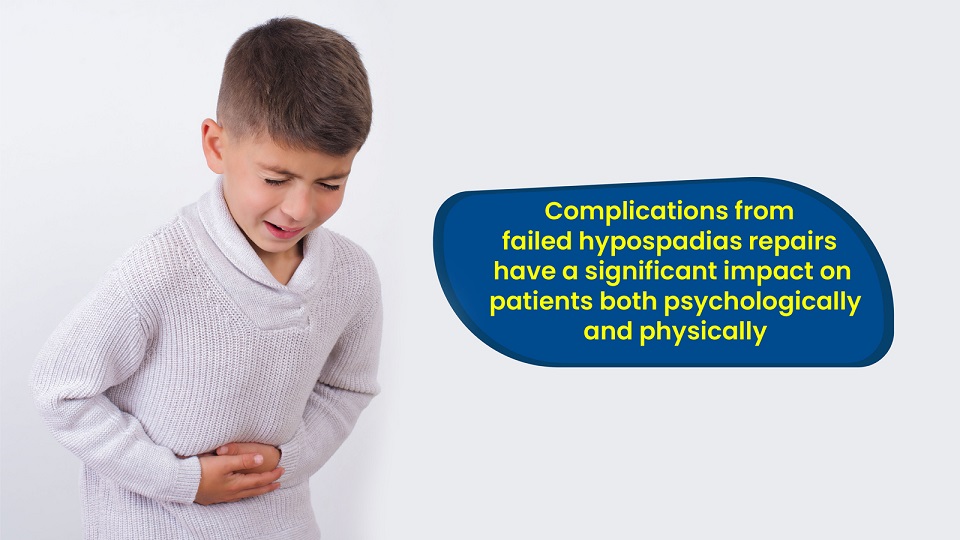 I examined him and told him that we could make one final attempt to reconstruct his hypospadias, but that would involve 2 operations using the skin (mucosa) from his mouth (called oral mucosal graft). I told him that with some luck and God’s grace, this was a reasonable chance of success. Although he was not very hopeful, he decided to take the chance. Thus, he underwent the 2-stage re-operation; the second stage was successfully completed 6 months ago. He came back to me last week for a routine follow-up visit. He is full of happiness, enthusiasm and optimism and seems to have developed a new interest in life. He told me that he is able to go to public places and is able to use public toilets freely since he can now urinate in a standing position like any normal person. Of course, I advised him to avoid crowded places and take all necessary precautions, not for his urinary problem but to be safe from Covid!

This case illustrates one of the typical presentations of adults with problems associated with childhood hypospadias surgery. The childhood surgery (many times multiple) may have been unsuccessful, but the patient learns to live with the problem till they complete their education and have settled in a job. Then they start seeking help regarding their hypospadias problem. Most of them are depressed and have little hope of their problem being solved. They will have already consulted many specialists, usually adult urologists, and got variable opinions. These patients pose a very difficult challenge to the hypospadiologist. They not only need a practical analysis of the problem but also need to be given some hope about successful correction of their problem, but taking care to avoid giving false high hopes. With proper discussion, most of them understand the problem and usually cooperate fully for the treatment. The surgery has to be tailored to the patient, as there is no ‘one size fits all’ treatment plan. The surgeon should aim at achieving a ‘reasonable’ structural and functional penis. 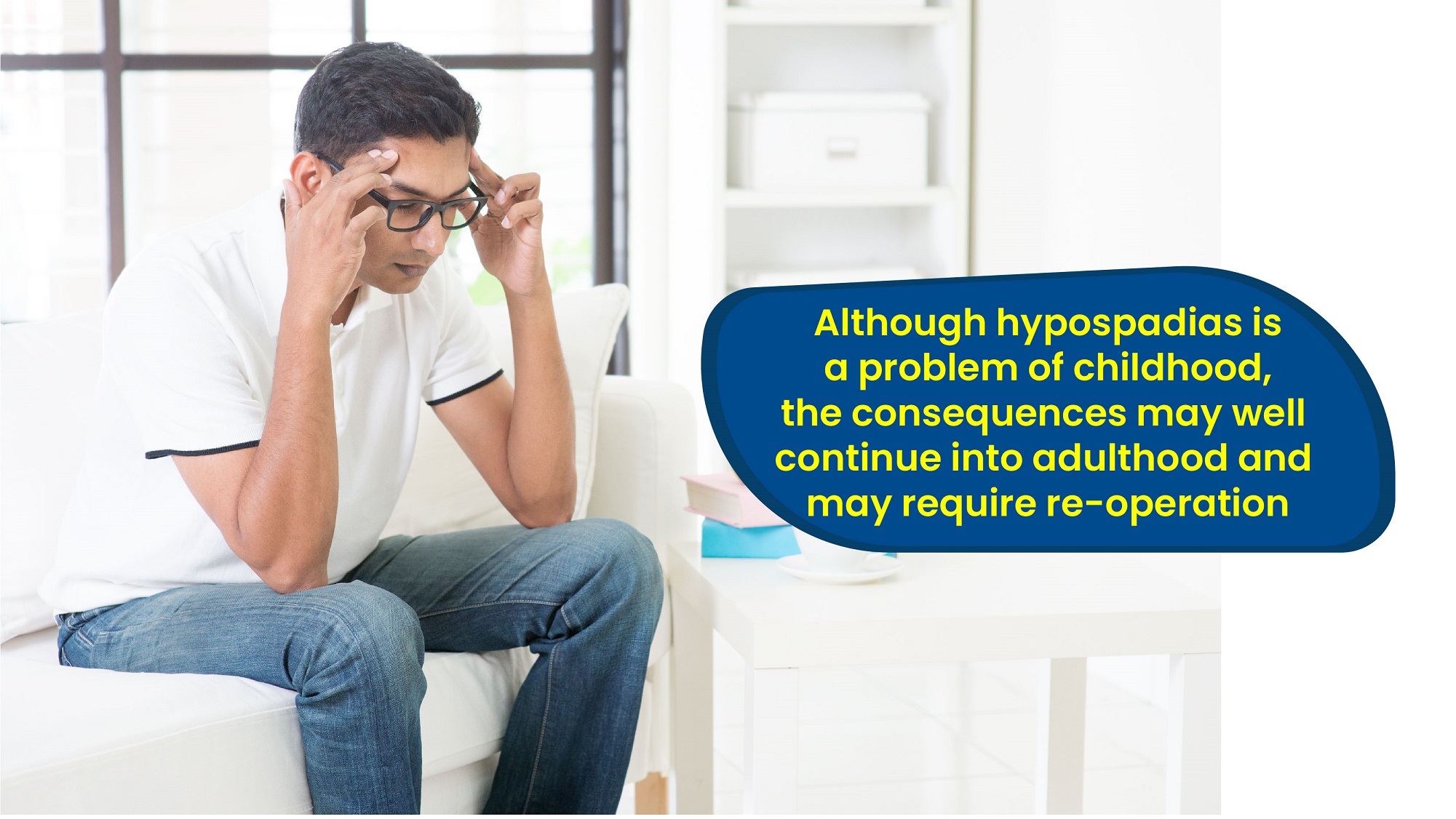 Unlike this patient, some adults who had successful hypospadias surgery in childhood may also present with ‘late’ problems as they pass through puberty and attain adulthood, when the rapid penile growth and erections cause trauma to the urethra constructed during childhood. This might result in penile curvature (chordee), late fistula or urethral stricture. The commonest presentation of adults with hypospadias problems is urethral stricture (narrowing). Many of these cases require reoperation using oral mucosal graft, with acceptable results in most cases.

Thus, although hypospadias is a problem of childhood, the consequences may well continue into adulthood, and may require re-operation. These cases are difficult and require complex reconstructive methods, but acceptable results can be achieved in most cases in the hands of expert surgeons. Finally, all children with hypospadias should be followed at the time of puberty and early adulthood so that any late problems can be recognised and treated appropriately.