Recently I saw a 40-year old Adult with hypospadias . He apparently underwent one operation 25 years ago but the operation failed and he has been living with hypospadias ever since. However, the operation had left a deep fear in his mind; so he did not undergo any further surgery. He has many problems related to the hypospadias but does not want any further surgery at this age. He has various issues related to urination, frequent infections and had to go for artificial insemination to father children. He came to me from a far off place for advice regarding treatment for frequent infections of the genitalia that he is presently suffering from. In this 40-year old man, we now have to perform a procedure just to prevent the frequent urinary and genital infections that he is suffering from.

An adult man with untreated hypospadias can have many problems because of both cosmetic and functional reasons. 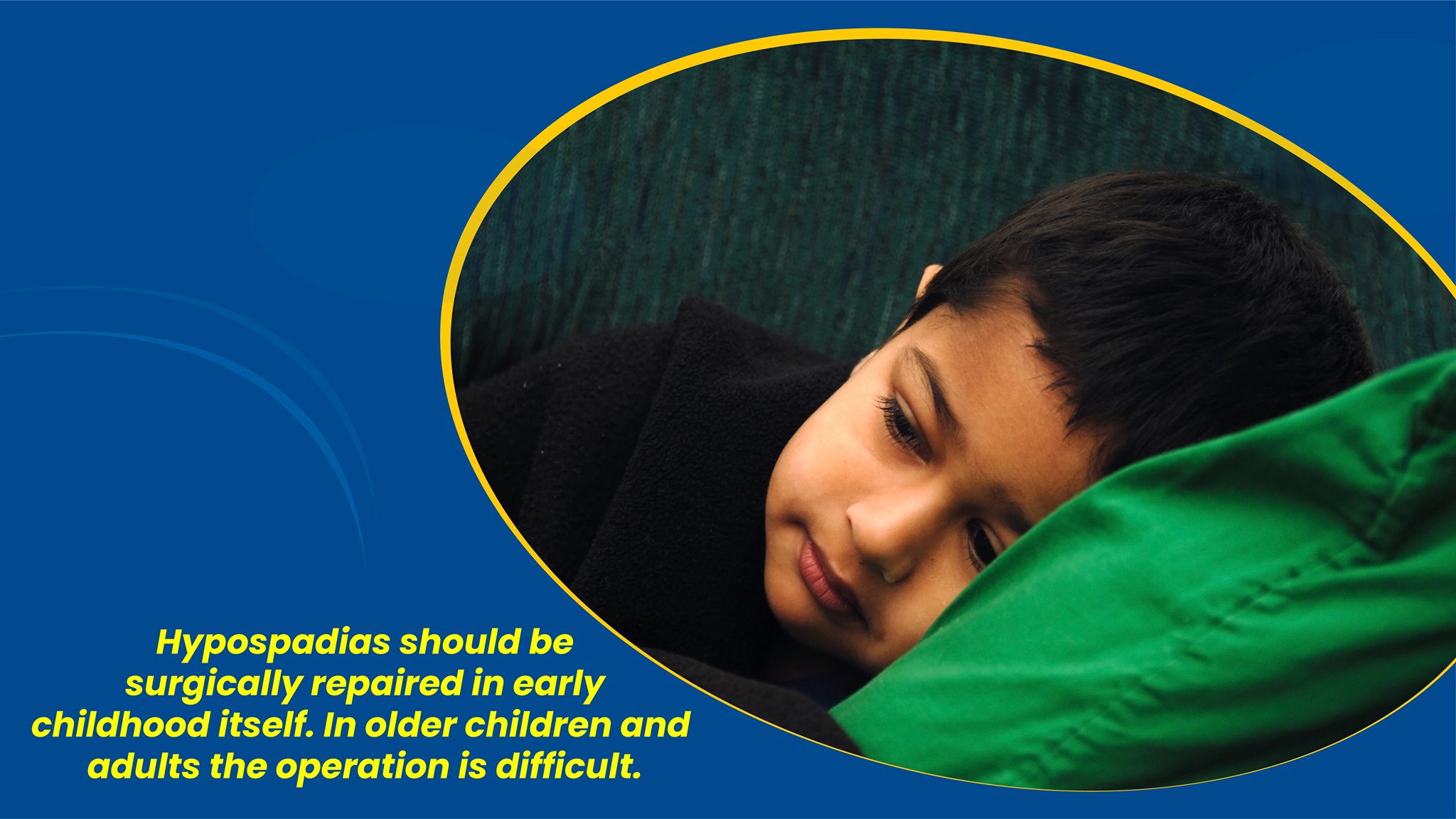 These problems are avoidable, if hypospadias is treated at the right time with the right technique. Hypospadias should be surgically repaired in early childhood itself. In older children and adults, the operation is not only difficult, but the results are not as good as in children. Further, the surgery can be much more painful in adults because of the irritation by the dressings and the catheters which must be in place for a few weeks after the surgery. Also, older children, adolescents and adults tend to have erections after surgery which increases the pain & discomfort. There is increased chance of surgical wound infections in adults, with increased risk of complications. The patient may need to be given some medications to reduce bladder spasms and reduce erections temporarily.

The parents of children with hypospadias should be aware of these problems, and find the right surgeon to treat their child’s hypospadias problem. Choosing the expert surgeon for hypospadias surgery is of utmost importance. Otherwise the complications and the fear created by surgery can haunt the patient for many decades, sometimes into adult life, as seen in the present case being discussed here.