Is Distal Hypospadias Repair truly a Minor or Simple Operation?

Recently I saw a child who had a failed operation for hypospadias that was done elsewhere. The child was in severe pain and had great difficulty in passing urine because the entire urethra (urine tube) that was reconstructed in the previous operation had become narrow. This is called urethral stricture after hypospadias repair. The child was also getting repeated urine infections. Many treatments like medication and repeated urethral dilatations (putting tubes or thin steel rods called dilators into the urine passage to make the passage larger) had failed to produce relief in the child. The child suffered like this for 2 months, after which they were advised by someone to see me. I discussed with the parents that the child would require an urgent operation to re-open the original urethral meatus (urinary opening) so that the child could pass urine freely without pain and we could get rid of the urine infections. Later on, the child would require a complete re-operation to restore a normal cosmetic and functional penis (a complete re-operation for hypospadias). The child underwent the initial procedure (called urethrostomy) and both the parents and the child are relieved of the pain! Of course, the child would have to come back for a reoperation after about 6 months. 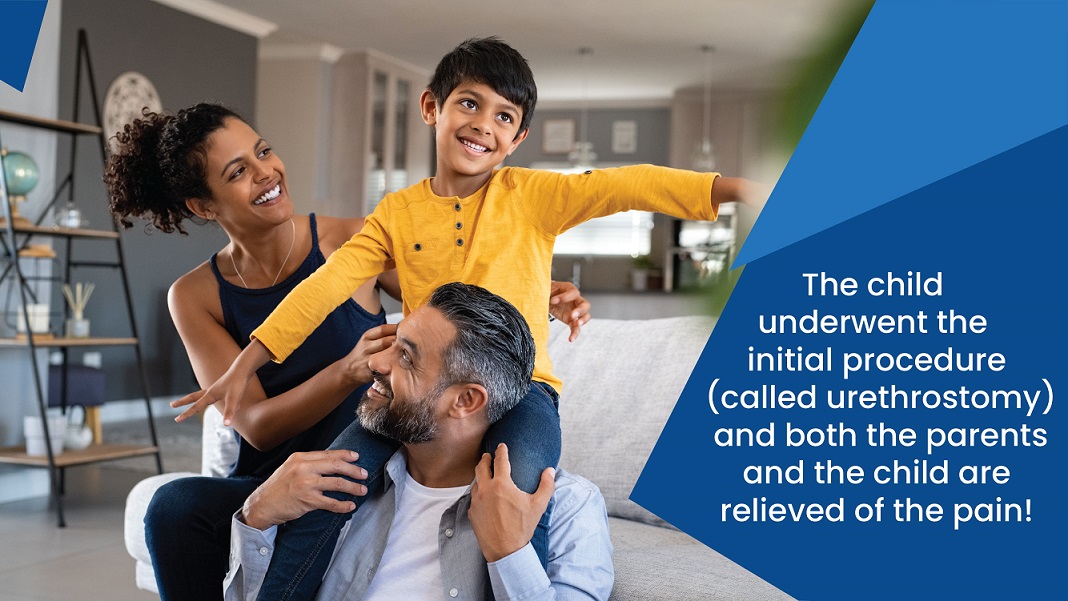 All this suffering when the child only had so-called distal hypospadias (less severe hypospadias) to begin with!! The parents of this child apparently thought that since their child had only a distal hypospadias, it was a minor defect and a minor operation!! So even though they were educated, they did not do any research and find out if the surgeon they chose for their son’s operation was an expert in hypospadias surgery or not. Ultimately the unfortunate child suffered due to this bad decision!

Distal hypospadias is a term commonly (and sometimes loosely) used for the less severe varieties of hypospadias where the urinary opening is close to the tip of the penis (typically within 1-1.5 cm from the tip). The other terms used to describe such hypospadias are Glanular or Coronal or Subcoronal hypospadias. Most parents and even many doctors falsely assume that such types of hypospadias are minor defects! Due to such a false underestimate of the complexity of the defect, most parents take the operation very lightly in the beginning. They realize that they were wrong only when their child suffers from complications after the operation. In my practice as a specialist in hypospadias surgery, I routinely see children who have had multiple failed operations elsewhere for distal hypospadias!! 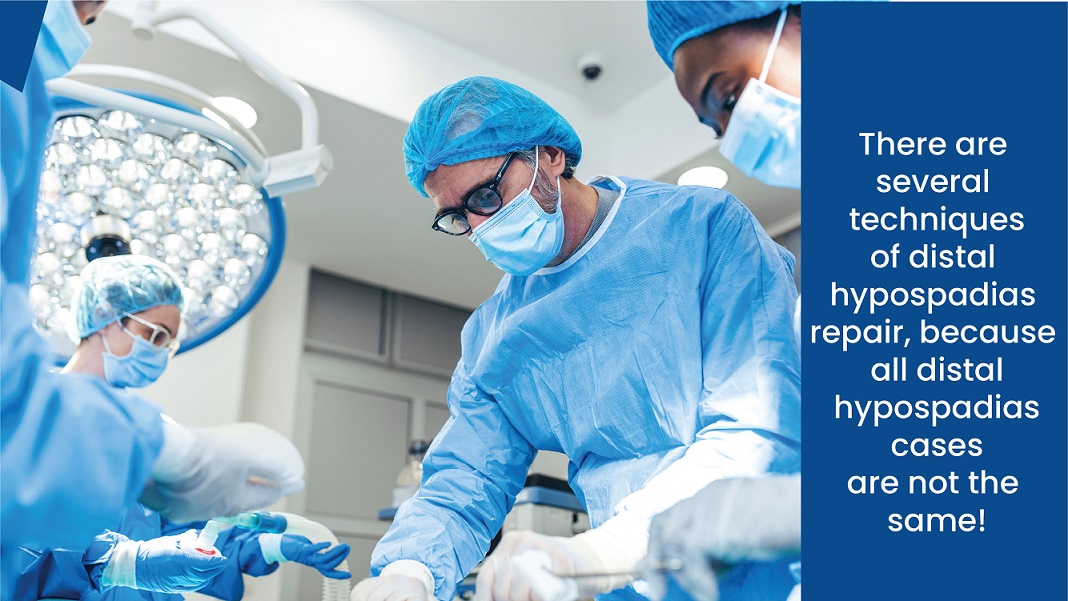