Last month I saw a 17-year old boy in my clinic. I couldn’t recognise him as I had seen him many years ago. His mother also wore a mask due to the corona scare (of course, I was also wearing an N95 mask!). It was only when I saw his previous treatment papers that I remembered his story, which goes thus:

I had first seen this boy in 2008, when he was 5-year old. He had moderate hypospadias (so-called mid penile variety) for which he already had 3 prior operations at another hospital. Unfortunately for him, all 3 operations had failed, and so he had a horrible-looking penis with all scarring, residual chordee, and 3 holes for urine passage (fistulae). His parents were educated, middle class people, both working in private establishments. They were visibly devastated with the failure of 3 operations and were in tears during the entire consultation in my clinic. I reassured them that the problem was correctable, but whether it would require 1 or 2 operations would be decided by me during the operation.

In failed hypospadias, the non-availability of healthy skin on the penis is the biggest problem, which may require skin (mucosa) from inside the oral cavity (commonly called buccal mucosa) to be harvested and used for the hypospadias repair. In some select cases, this may be done in a single stage, but in many cases, it may require 2 stages (2 operations) to complete the repair. I explained this whole process to the parents who agreed to go ahead with the surgery. This boy was lucky; he had some healthy skin left on one side of his penis, which I used to correct his failed hypospadias in a single operation. He did very well after the surgery, used to come for follow-up check-ups for a few years, by which time I assured the parents that he was fine and that they should come back only if there is a problem. In any case, they would need to come back when the boy reached puberty, just to make sure that the growth of the penis was ok and there were no new concerns arising at that time. In some cases, because of the rapid growth of the penis at the time of puberty, some problems might arise in a previous successful hypospadias repair. Late fistulas and strictures (narrowing of the previously created urethra) are known in some patients occurring at the time of puberty. Such problems are more common when there is a prior history of multiple failed hypospadias operations. This is probably because the scarred tissues resulting from repeated operations might not cope with growth like the normal tissues at puberty. So we advise every child with hypospadias repair to come back for follow-up visit at about 16-18 years of age. 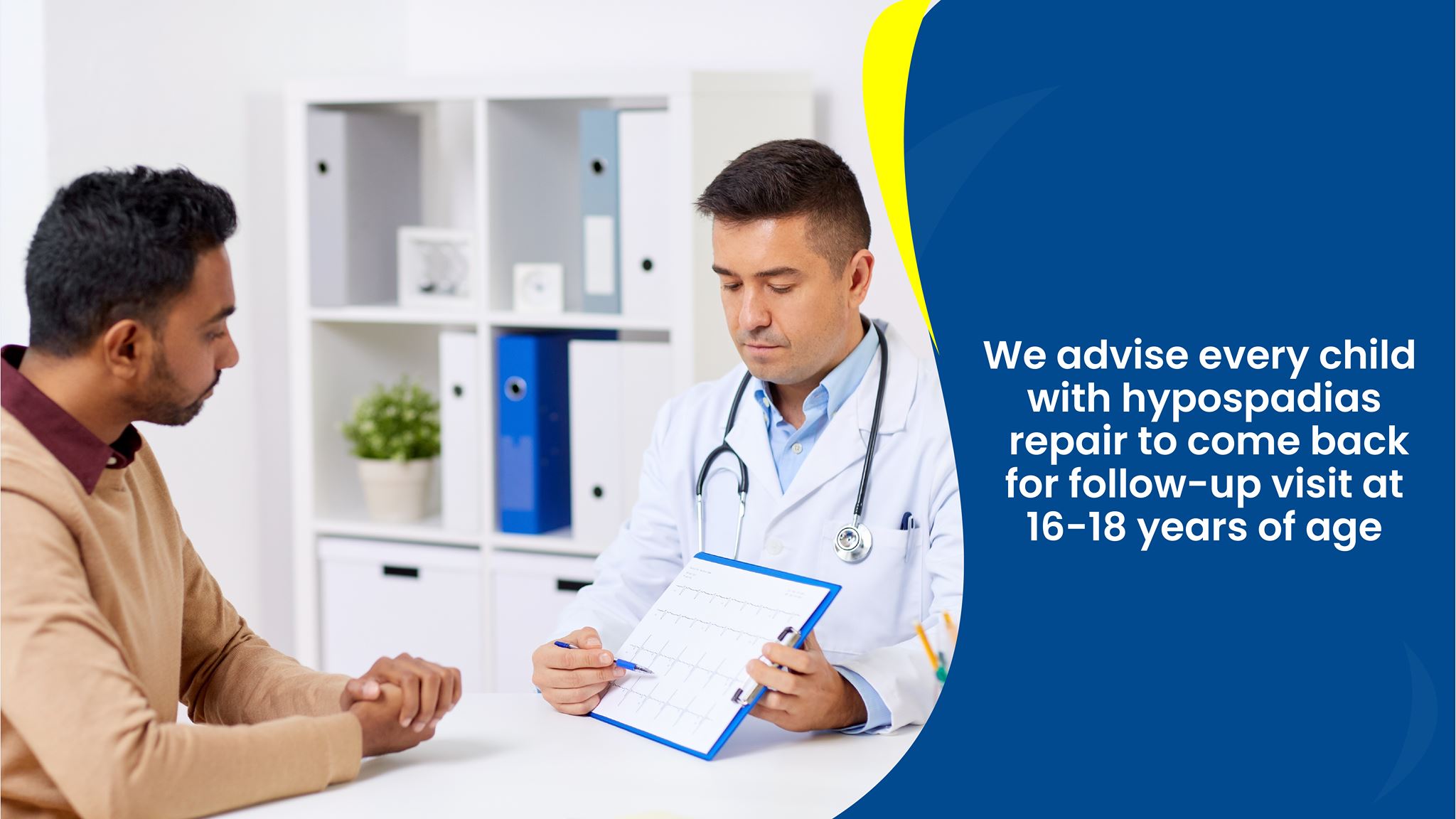 Now in 2020 the mother brought the child for a routine check-up. He is 17 years old, and because he remembered that he had many operations, he too wanted to make sure that everything was fine. I examined him and found that his penis had grown well, looked like a normal, circumcised penis and his urination was normal. So I reassured the boy that he was ok and can pursue his studies without any concerns. He told me he wants to become a doctor, and a hypospadiologist! I told him that he could come back and work with me once he finished his training!!