Surgery for Hypospadias: Why is it important to get it right the first time? And How?

Last week I saw a 17-year old boy with a history of 4 failed hypospadias operations. He had a moderate type of hypospadias to begin with, which probably could have been fixed well in a single operation or at the most, 2 operations. But at the end of 4 operations, the boy’s penis looks like an ugly mass of flesh, it is still bent downwards (chordee) and he is passing urine from 3 openings on the undersurface of the penis. The boy and the family are in deep shock, they are frustrated, depressed and angry, all at the same time.

Such a situation is what is called a ‘Hypospadias Cripple’, a crude but apt term. These patients usually have had 1 or more badly failed operations for hypospadias; they have an ugly penis with severe deformity, scarring, chordee, multiple urinary openings (fistulae), urethral stricture (narrowing) which, in extreme cases, can cause kidney damage also. There is no local skin available for re-operation. Re-operation in such a situation is often very complicated; Often the entire previous operation (or the damage caused by it) will have to be undone, all the scarred and horrible-looking tissues will need to be removed, and the reconstruction completed by an oral mucosal graft (skin taken from inside the lip or cheek), usually in 2 stages. 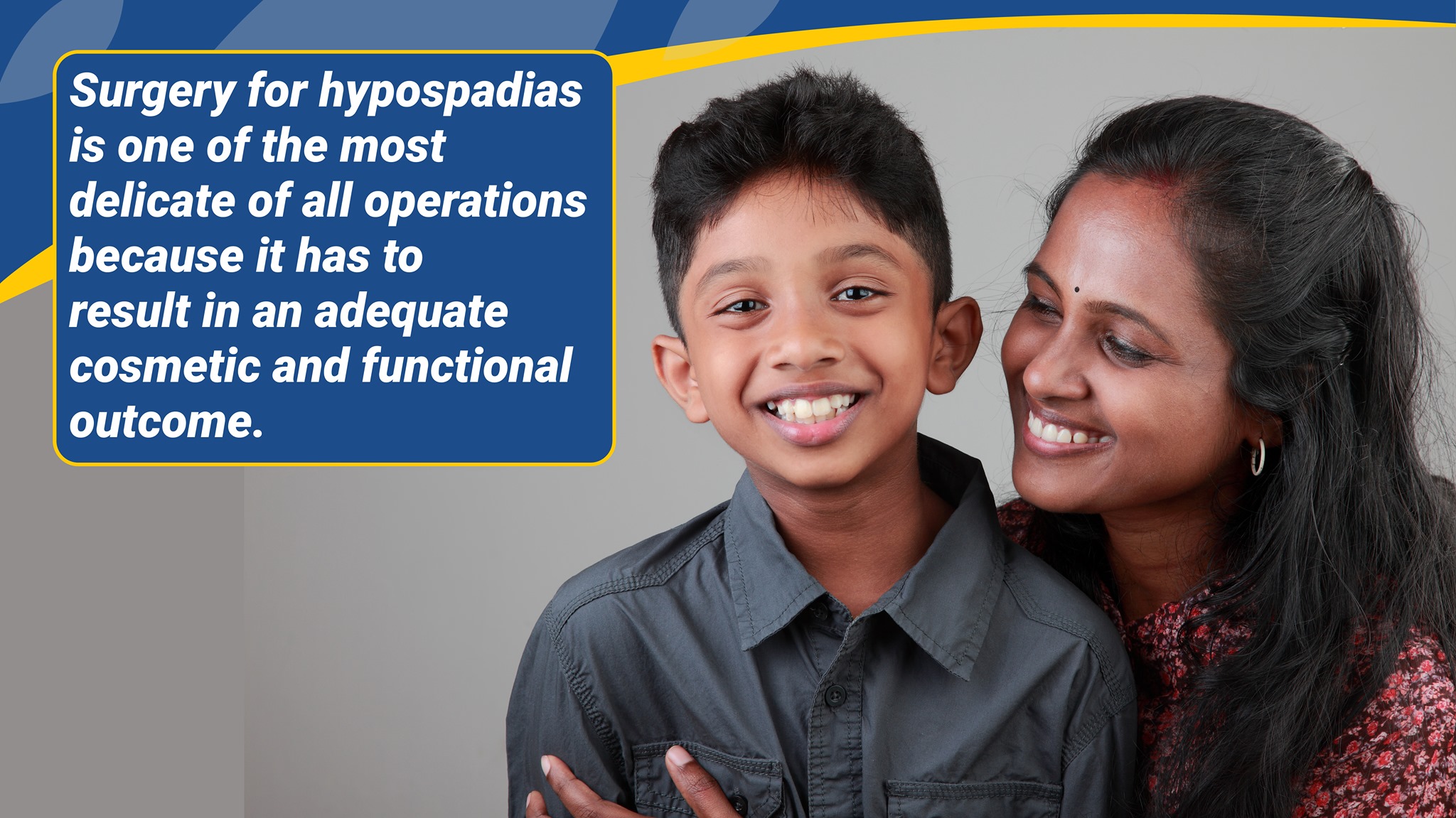 It has become common in my practice as a ‘‘Hypospadialogist’ to see such children with severe failed hypospadias cases. Whenever I see such a child or adolescent/young adult with severe failed hypospadias, it pains me because in most cases, this situation may have been preventable. Surgery for hypospadias is one of the most delicate of all operations, because it has to result in an adequate cosmetic and functional outcome. Cosmetically, after hypospadias repair, the penis has to look like a normal circumcised penis. Functionally, the urethra has to be reconstructed in such a way that the child can pass urine comfortably in a standing position without straining or any urinary leakage. The surgical operation done in childhood has to also stand the test of time and has to function well even in adulthood.

A few complications may occur in the hands of experts also, but they are usually easily manageable, and do not usually create severe problems. So the parents have to search for the best surgeon for their child’s hypospadias operation, to avoid serious consequences. Each failed operation increases the complexity of further reconstruction manifolds. In many such failed cases, single-stage re-operation may not be possible, but may require multiple operations using skin or tissue from other parts of the body (most commonly from inside the mouth) to accomplish a reasonable outcome. While the good news is that we are able to successfully repair even badly failed cases with advanced techniques, I would urge the parents to do all they can to prevent multiple failures. The best way to prevent a situation of ‘Hypospadias cripple’ is to choose the right surgeon the very first time. Believe me, it is as simple as that!