Last week in the outpatient clinic I saw a 11-year old child with previously operated hypospadias. The child had been operated on many years ago at another hospital. The parents were not satisfied with the result and they expected that as the boy grew up the problems would naturally get corrected. But since the problems are persisting, the parents brought the child to me for my advice. When I examined the child I noted that the child has persistent severe downward bend of the penis (chordee), which is quite severe (about 450 bending of the penis). He is also passing urine from 2-3 holes on his penis. But the most difficult and annoying problem is the severe chordee.

Most hypospadias have associated downward bending of the penis called chordee. Chordee can be mild (0-150), moderate (15-300) or severe (>300). Sometimes isolated chordee can exist without hypospadias (called congenital short urethra).

Correction of chordee is the first most important step in any hypospadias surgery. There are several techniques for correction of chordee, which need to be employed in a step-wise manner to achieve the desired result. It is only after the chordee is completely corrected that the surgeon should proceed with urethroplasty (reconstruction of urinary tube). In some cases, the surgeon may overlook the chordee and perform a urethroplasty. The chordee that has been left uncorrected will usually start becoming apparent once the child becomes older, becoming worse with the growth of the penis. Such cases are very difficult to treat. The only best option is to remove all the chordee tissues (often including the reconstructed urethra) and start all over again. This usually involves a complex 2-stage reconstruction using oral mucosal grafting. After chordee correction, the inner lining of the oral cavity (mucosa) from lip or cheek is harvested and placed as a graft on the penis. This graft has to get stuck to the penis, which usually takes about 1 year. In the 2nd stage, neourethra is reconstructed using this graft. 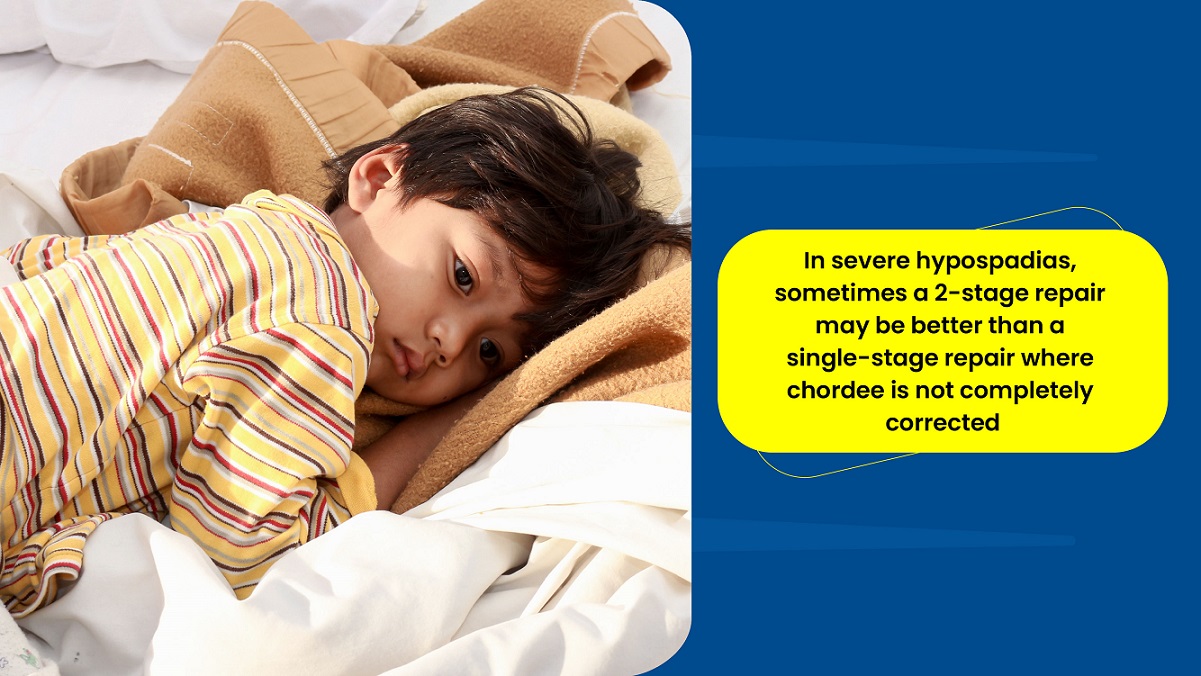 Thus, when the chordee is not corrected in the initial hypospadias operation, it requires very complex operations to do it later. This problem typically occurs in severe hypospadias where the surgeon may want to complete the operation in a single stage and hence gives more importance to urethroplasty than complete correction of chordee. This tendency should be avoided, and complete correction of chordee should be done as the first step of the surgery. In severe hypospadias, sometimes a 2-stage repair may be better than a single-stage repair where chordee is not completely corrected. 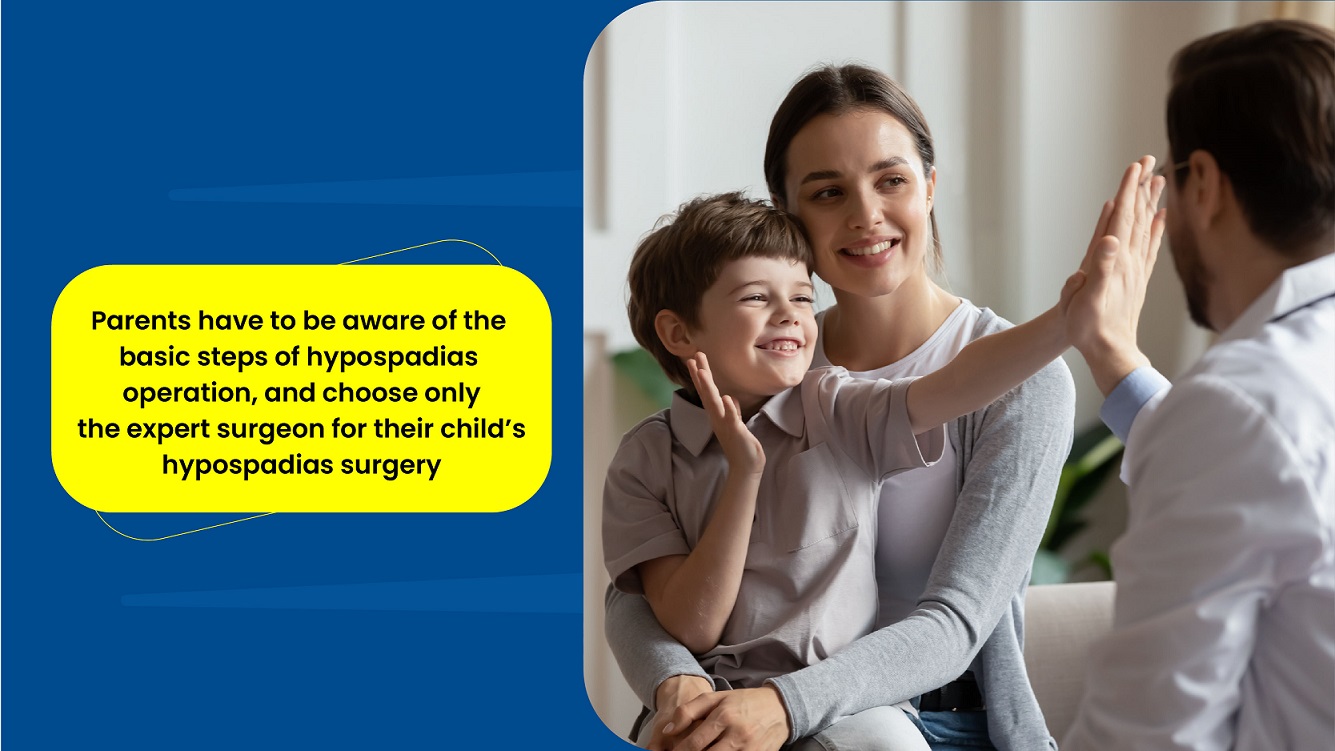