Urethral dilatation after Hypospadias Repair? Is it required in all cases?

Two weeks ago, a family saw me with their child. The child had undergone surgery for repair of distal Hypospadias Elsewhere. The surgery was done over 1 year ago, but the parents had been advised to perform urethral dilatation (inserting a tube into the urinary passage of the child) once a day for many months. They were still doing it even after 1 year! Apparently, they had been told that if they stop doing this, the urethra (urinary passage) that had been constructed at the time of hypospadias repair would become narrow. The parents actually noticed that whenever they stopped performing this urethral dilatation for a few days, the child would have difficulty in passing urine and the urinary stream would be narrow. They had accepted this regular ‘home’ urethral dilatation as an essential and standard post-operative treatment after hypospadias repair! But the child and the family were getting fed up and the child was badly scared of this procedure being done regularly. On the whole, the family was in severe depression and wanted to find a permanent solution for this problem, which was the reason behind their visit to my hypospadias clinic. They apparently found me while searching for a Hypospadias Specialist on the internet. 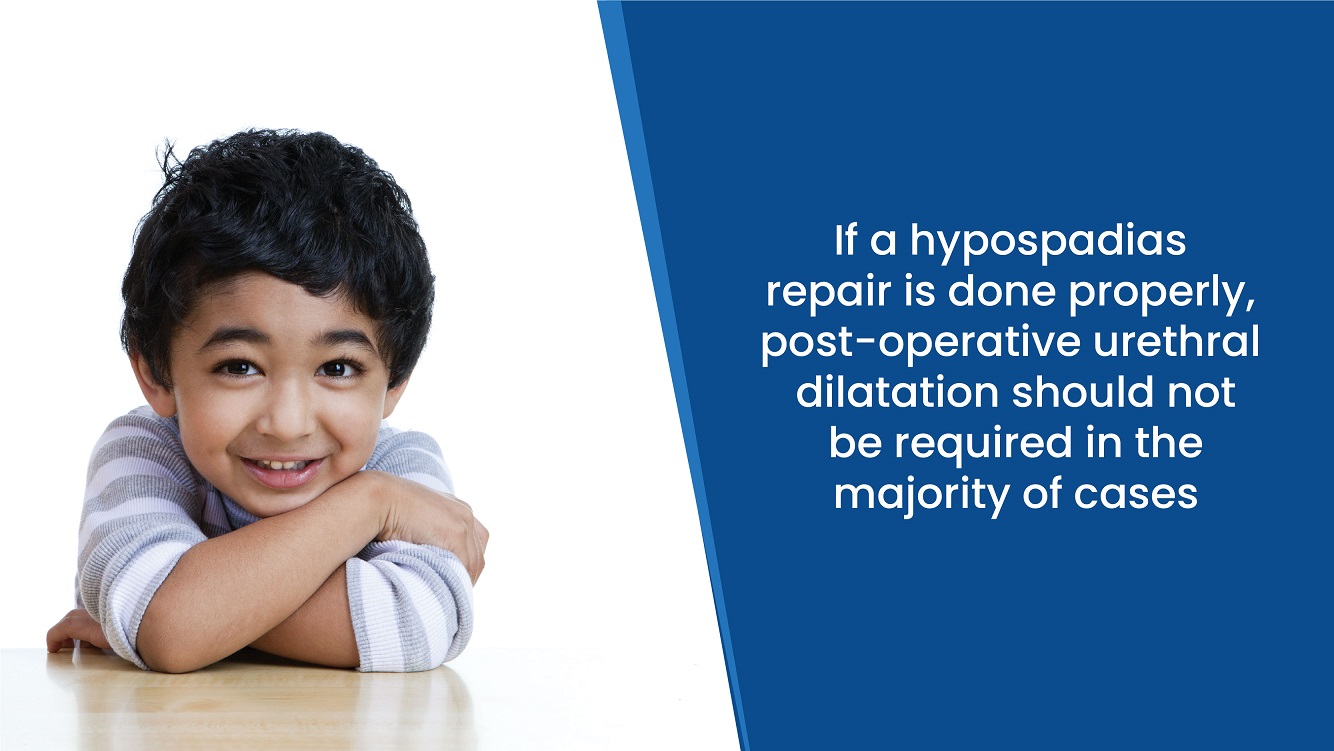 The situation that I described above is not uncommon. One of the essential steps of hypospadias repair involves the creation of a new urinary passage (neo-urethra) to bring the urinary opening to a natural position at the tip of the penis. The length of this neo-urethra may vary from 1 to several centimeters (depending on the age of the child and the distance between the original urinary opening and the tip of the penis). In primary hypospadias cases, this neourethra is almost always created using the local skin available on the penis, and there are many techniques (simply put, many ways) to achieve this (in previously failed cases, skin from other places in the body may be needed for this purpose). Many surgeons believe that this man-made urinary passage thus created using the skin may have a tendency to become narrow and get closed with the passage of time; so regular urethral dilatation (some call it urethral calibration!) with tubes or metal/plastic dilators is advised post-operatively. Mostly, such dilatation is done by the surgeon in the out-patient clinic or the parents may be advised to do it at home using an infant feeding tube. This is a very painful procedure for the child, the child becomes very scared of the hospital, the doctors, the staff and sometimes the parents also! In our practice, we do not advocate doing urethral dilatation in the outpatient clinic for any child. 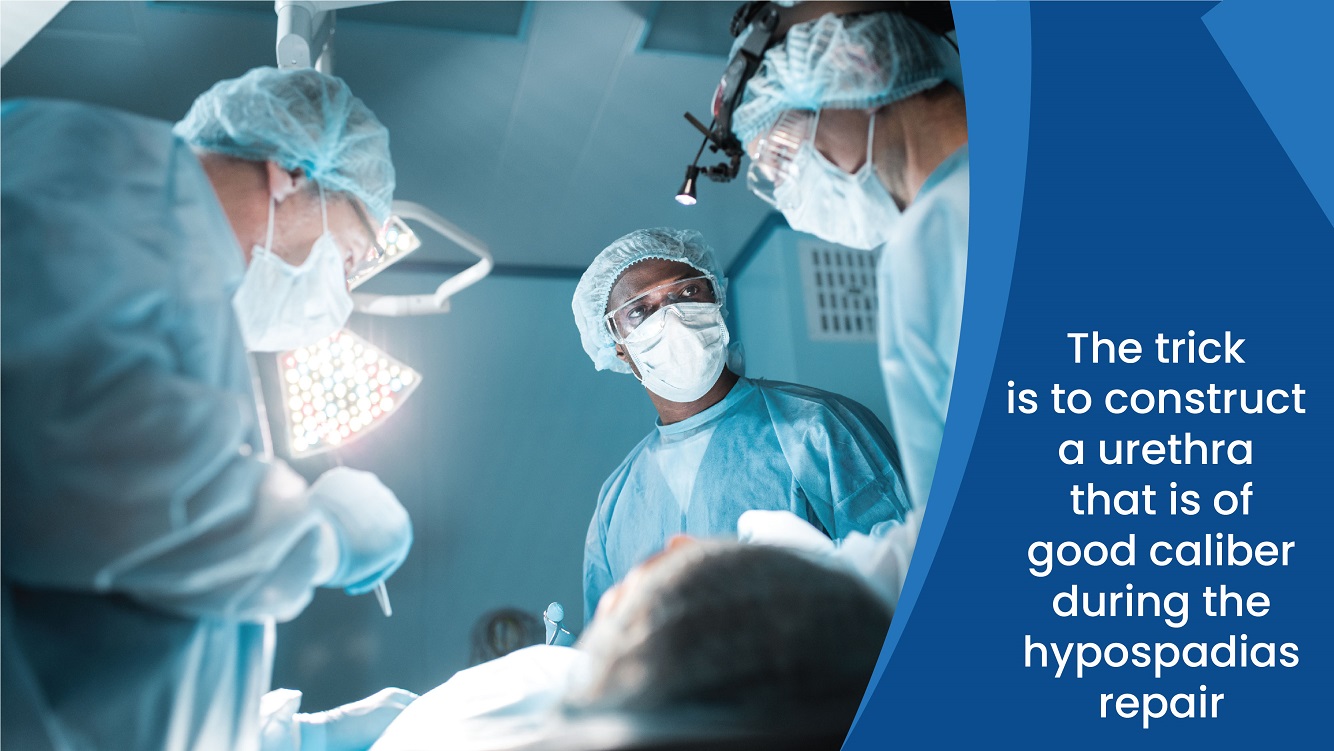 Now the question arises, how to avoid this urethral dilatation after hypospadias surgery? The trick is to construct a urethra that is of good caliber during the hypospadias repair. The correct technique should be used in the particular case so that the urethra created should be of a normal size for that child; for example, the normal urethra in 1-year old boy is 8-10 F, in older boys it is 10-12 F, in adolescents it is 12-16 F and in adults the urethra is 20-24 F (‘F’ means ‘French’ which is a unit used to represent size in medical practice). In fact, we typically create a slightly larger size of the urethra initially, so that if it shrinks slightly (man-made structures can shrink slightly because of contracture of suture lines), it will still be an adequate caliber for the child. Sometimes, even if a good size urethra is created at the time of surgery, the urethra may become narrow later; this may be due to tissue edema, infection or poor healing in a particular child. However, the most common cause of this narrowing of the urethra is faulty surgical technique. Some of the so-called ‘easy’ techniques of hypospadias repair which have recently become very popular are notorious for this. Thus, the surgeon has to choose the correct technique and not an easy technique. Sometimes, such urethral narrowing is temporary and may respond to a few sittings of urethral dilatation. However, in most cases, significant narrowing typically might require a complete re-operation. My advice to parents is that if your child is requiring regular and multiple urethral dilatations after hypospadias surgery, it is very likely that he requires a re-operation.